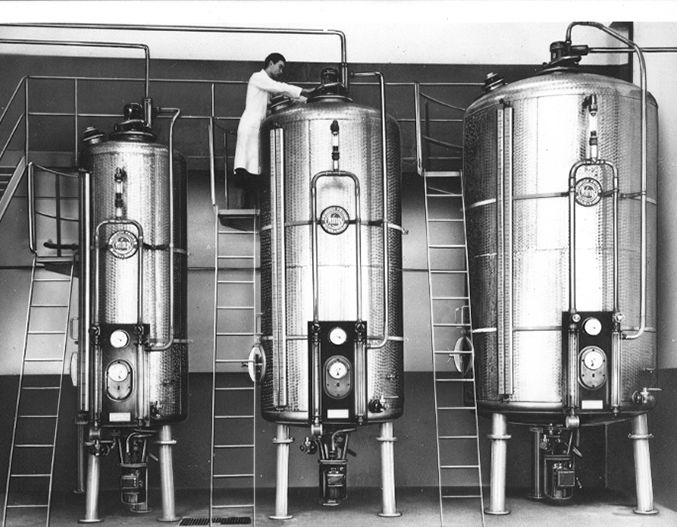 Read more about the history of vinegar in the book length history, Vinegar, The Eternal Condiment

By the end of World War II, the original industrialized process for making vinegar, the packed generator quick process of Schüzenbach, had been the dominant mode of industrial production for over one hundred years. While relatively rapid compared to traditional methods, one to two weeks versus months for old-style slow fermentation, it had not changed in most aspects since its invention. True, manual labor to pour the vinegar stock over the shavings had been replaced by pumps and rotating sparge arms over the shavings and air was injected under the shavings by air compressors to increase the rate of fermentation but the ultimate principles of using wood surface area with air to encourage rapid acetic acid fermentation had not changed.

During World War II, the demand for antibiotics surged and the dominant antibiotic, penicillin, was produced in a method that was extremely difficult to scale. Penicillin is a metabolite, or chemical byproduct of metabolism, from a genus of molds known as Penicillium. Similar to the Orléans process for vinegar, Penicillium was first cultivated by growing mold on the surface of a nutrient medium in flasks. However, in order to scale production for wartime needs, a totally new process was needed.

Two pharmaceutical companies, Merck and Pfizer, combined with support from the US government searched for a solution. Pfizer had previous experience with a technique known as submerged fermentation where bacteria were grown within the volume of a liquid and were supplied with oxygen directly by injecting oxygen into the liquid and circulating it with an impeller on a pump. Pfizer had used this process in the large-scale production of citric acid. Combining their resources, they were able to create a submerged process for growing Penicillium and producing penicillin on a large scale. From 1943 to 1945 penicillin production rose 25-fold.

After the war, the Allies worked to rebuild Europe and began establishing penicillin production plants using the new methodology, first in the UK and France, and later in Germany and Austria. One of the first plants in Austria was in the city of Linz. Due to postwar shortages in materials, engineering creativity was required. For the vinegar tanks, they reused liquid fuel tanks from V2 rockets and for the air compressors they used compressors from German Tiger tanks.

As this process spread to Austria, it became well known. In particular a young professor of Chemistry at the Vienna University of Technology, Otto Hromatka, was aware of it having previously worked in the pharmaceutical industry for Merck in Germany in the 1930s before the war. Searching for a research topic, he had a chance meeting in an office with Heinrich Ebner, a production engineer in a vinegar manufacturing company, Henenkel, with plants in Danau and Linz. 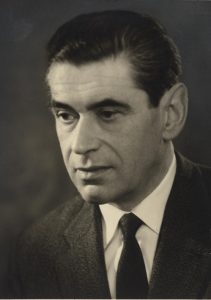 Discussing the process of vinegar fermentation, their collaboration soon struck on a brilliant theory: could the submerged fermentation process work for acetic acid bacteria? By 1949 after a couple of years of research and experimentation, they realized the answer was yes. The submerged fermentation process was revolutionary in several respects. First, by culturing acetic acid bacteria in an alcoholic mash that was rapidly circulated and fed dissolved air, one could reduce the production time from 7-10 days with packed generators to about 24 hours.

Second, and one of the most important reasons for the eventual widespread adoption of the submerged fermentation process was it eliminated the problem of ‘sliming’. In packed generators, mostly those making wine or cider vinegar rather than spirit vinegar, the nutrients in the alcoholic mash would often eventually encourage the formation of mother of vinegar in the shavings, eventually clogging the generator. Generators had to be emptied and cleaned at least annually and sometimes every six months, requiring large amounts of labor and shut production. In the submerged fermentation process, cellulose production is minimized so sliming does not occur.

However, despite these benefits, Hromatka and Ebner found that the submerged fermentation process had one major weakness. Namely, the bacteria were so dependent on the injection of air to survive, that if the process were shut down, even for a period of time as short as one minute, the bacteria would die and the process would have to be completely restarted culturing an entirely new batch of bacteria.

Hromatka and Ebner published their results in a series of papers, the most important being from 1951 to 1953. They also applied for a patent on the technology. However, they would not be the ones to commercialize the technology and spread it around the world. This would be left to a Bonn, West Germany based company, then one of the largest manufacturers of vinegar production equipment in the world: Heinrich Frings GmbH.

Heinrich Frings is one of the most interesting stories in the modern history of vinegar. The elder Heinrich Frings established the company in 1878 as a vinegar making plant in Aachen. However, Frings was a talented engineer and soon realized that there was a large and profitable market in designing equipment and even full plants for other vinegar companies.

Frings became solely an equipment manufacturing and distribution company for the vinegar industry. Frings even invented some of his own new equipment, publishing about his work in the journal of the German vinegar industry, Die Deutsche Essigindustrie. Frings packed generator systems were the most advanced in the world and were supplied to many plants globally. In addition, Frings produced some of the first equipment that enabled automatic batch production of vinegar.

The company had moved several times and finally settled into Bonn. The younger Heinrich Frings was now running the company and like his father, he realized the importance of technology and scientific process to the vinegar industry. Soon after the papers of Hromatka and Ebner, he arranged to purchase the patents for the submerged fermentation process and in 1954 began selling a vinegar generator based on that design, dubbed the Acetator. 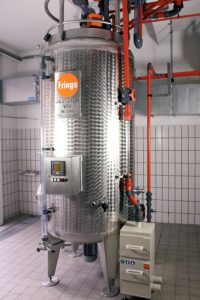 Acetators aided further in industry consolidation since their high costs for purchase and maintenance put them out of the reach of many smaller companies. In addition to the costs of the Acetators, all plants have large diesel backup generators to keep the process running in case of power loss to keep the bacterial culture alive. However, Acetators helped increase the production and reduce the prices of vinegar. Frings, as well as a smaller competitor Cetotec, virtually supply the entire global vinegar industry with large-scale production equipment. There are smaller acetators as well, however, supplied for small to medium sized manufacturers by the Austrian company LABU. 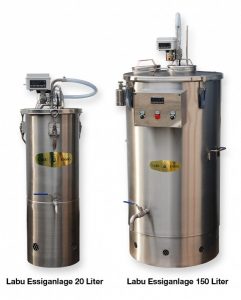 2 Comments on “The History of Vinegar Manufacturing: The Submerged Fermentation Process”