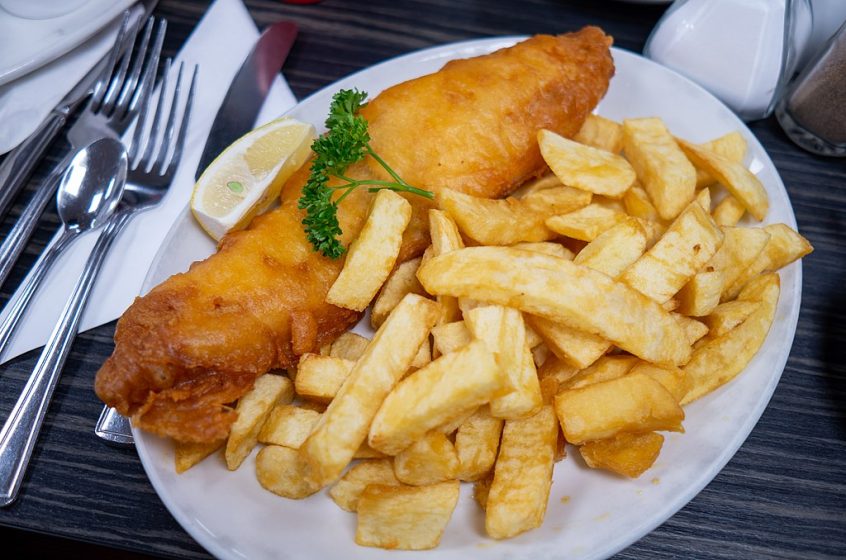 Non-brewed condiment has been around for decades. It has an interesting legal history where the British malt vinegar industry fought very hard to exclude it from the ‘vinegar’ designation due to cost competition. The government was originally hands off but finally required it to not be labeled as vinegar in 1949* (see story below).

Despite this, its status as the un-vinegar wasn’t really known but is periodically popularized such as Tom Scott’s YouTube video with 2.2M views and counting. It was also raised by viewers in the comments of Adam Ragusea’s recent vinegar history video (disclosure: I am a participant)!

Non-brewed condiment has a different origin. In short, it is made from food grade glacial acetic acid, diluted with water, colored with caramel, and with some salt or spices added for flavoring.

The origin of the acetic acid that is used in non-brewed condiment is the massive scale acetic acid production operations that make acetic acid for industrial uses like making PET for plastic bottles. The most common process for making acetic acid on these scales is a complex process reacting methanol with carbon monoxide in the presence of a metal catalyst. This catalyst determines the name of the process. The older Monsanto process uses a rhodium catalyst while the newer Cativa process uses iridium. As a quick historical notes, these catalysts are both cheaper than the first known catalyst to produce acetic acid, platinum, discovered by Sir Humphrey Davy in the 19th century.

This acetic acid is purified and distilled. Most is shunted for industrial customers but some is made food grade for food manufacturers including non-brewed condiment makers. The standard for food grade glacial acetic acid most commonly used is based on the Food Chemicals Codex which specifies a purity by weight of no less than 99.5% as well as max allowable levels for arsenic, heavy metals, and a few other requirements. A good example is this specification from BP Chemicals which is one of the largest suppliers of food grade glacial acetic acid to non-brewed condiment manufacturers.

Once sold to the non-brewed condiment manufacturer it is diluted with water down to 4-8% (4.5 -5% is usually considered ready use while higher acidities are for ease of shipping and require subsequent dilution). In addition, color is added with caramel, usually caramel E150c. The amount varies by recipe but cannot exceed 50,000 mg / kg of condiment per the FAO Codex Alimentarius. This is actually the same maximum as for some balsamic vinegars that can have up to 50,000 mg/kg of caramel E150d. In addition some salt or spices can be added to better mimic malt vinegar.

While non-brewed condiment and white distilled/spirit vinegar both have primary components of acetic acid, there are subtle chemical differences that give an improved flavor and other properties to naturally brewed vinegar. These are not known to make a health difference though and white vinegar/non-brewed condiment of similar acidities can be used in a similar way as long as caramel coloring and possible higher sodium are not an issue. A summary of the differences between plain acetic acid and distilled vinegar was made by the FDA in the 1960s:

In April 1968, members of our Bureau of Science reviewed the literature to determine whether there are present in vinegars prepared from distilled alcohol components not present in acetic acid solutions. In a study by L. W. Aurand, et al, and reported in JAOAC (1965), eleven components were identified from five samples of distilled vinegar. The volatile components consisted of aldehydes, ketones, esters, and alcohols. Acetaldehyde, acetone, ethyl acetate, and ethyl alcohol were present in all samples of vinegar analyzed.

In many countries, the local vinegar market is stymied by (sometimes illegal) imports of glacial acetic acid from China and India. Additionally, it can be used to adulterate or increase the acidity of vinegar products.

*From Slater, A.W. (1970). The Vinegar Brewing Industry. Industrial Archaeology: The Journal of the History of Industry and Technology. 7, 292-309.

Artificial vinegar, or dilute acetic acid…was marketed under the names of ‘table vinegar’, ‘pure vinegar’, and even ‘malt vinegar’, despite the fact that in 1928 it was decided, in a High Court case, that the sale of acetic acid as ‘table vinegar’ was a contravention of the Food and Drugs Act, and in 1937 the decision of the Chief Magistrate at Bow Street, that it was ‘not permissible to sell as vinegar or table vinegar a substance which is not the product of fermentation’, was upheld at the London Sessions. After this decision acetic acid was sold as ‘Non-brewed Vinegar’, but in 1949, in a test prosecution at Bow Street under the Merchandise Marks Act, the Chief Metropolitan Magistrate decided that ‘Non-brewed Vinegar’ was in fact a false trade description, his decision being upheld in the King’s Bench Division, whereupon the trade association concerned announced that in the future their product would be sold as ‘Non-brewed Condiment.’ It has now ceased to be a threat to the manufacturers of brewed vinegar….

15 Comments on “Composition of non-brewed condiment”