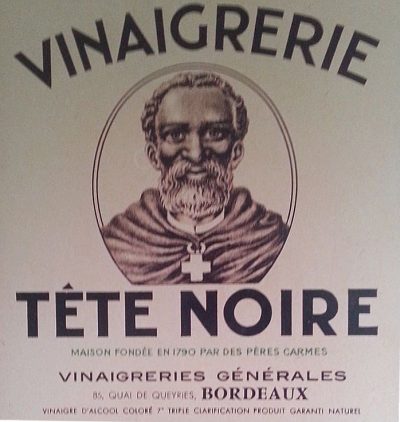 Vinegar has been made for millenia—surely as long as wine and beer. Vinegar is a dilute solution of acetic acid made by special bacteria that transform the alcohol into this new compound using oxygen. The first records are from ancient Babylon but later vinegar is recorded in almost every part of the world. Africa was no exception. Given that brewed beer and later wine were popular condiments in both Egypt and Kush (Ancient Ethiopia) it is likely they made vinegar from these beverages. Egyptologist Nicholas Millet believed that the word for vinegar in Egypt was HmD, often transliterated as ‘hemedj’. Others believe ‘hequa’ is the right term and urns with ancient vinegar have been found by archaeologists.

Unlike lactic acid fermented foods or alcoholic beverages, traditional vinegar making was not widespread and systematized in most of sub-Saharan Africa. A key exception is the Sudan where date vinegar is made similar to in North Africa, Algeria and Tunisia particularly. Ethiopia also likely had much traditional honey vinegar from vinegar fermented Tej wine but Ethiopian cuisine expert Harry Kloman states vinegar has not been frequently used or cited in Amharic cookbooks and thus was likely sporadically made or for household uses. Other parts of Africa are now engaging in more comprehensive vinegar production from various materials such as cocoa mucilage (sweatings), coconut juice, and sorghum. One firm in Senegal has made an international reputation for its slow fermented mango vinegar and the Dakar Food Technical Institute in Senegal actively researches vinegar production and has even prototyped industrial equipment.

Much of the history of Blacks and vinegar is connected to those regions influenced by France. Given France’s historical tradition of vinegar making, exemplified by the vinaigriers (vinegar makers) of Orléans, Blacks who lived in France or its colonies were more likely to engage in vinegar making. In the city of Bordeaux, a free Black Carmelite monk was famous for the wine vinegar he sold door-to-door. Though he died in the late 1700s, his image lives on as the Tête Noire (Black Head) brand of vinegar sold in France. Likewise in the French Caribbean colonies (now departments) of Martinique and Guadeloupe, many Blacks, slave and free, were recorded as having occupations as vinaigriers, primarily fermenting vinegar from sugar cane juice. This tradition still lives on in these islands where locally made vinegar is sold and exported.

The African-American history of vinegar is relatively sparse until the 20th century. George Washington Carver of the Tuskegee Institute famously listed vinegar as one of the industrial products sweet potatoes were suitable for. In 2000 Lawrence Diggs, known as the ‘Vinegar Man’, wrote his book Vinegar: The User Friendly Standard Text which is probably the best selling book in the English language dedicated to vinegar history and making. He also manages and curates the International Vinegar Museum in Roslyn, South Dakota. Likewise, known only to a few, Robert Johnson, founder of BET, briefly owned the largest vinegar company in the United States, Fleischmann’s Vinegar, through his private equity firm RLJ Equity Partners. From its purchase in 2010 for $90 million until its divestment in 2015, RLJ owned and managed Fleischmann’s, the second largest vinegar maker globally. Fleischmann’s long time president Ken Simril, is also African-American. Of course, the concern of the author, Supreme Vinegar LLC, is another example.

Reginald Smith is releasing a book on the global history of vinegar, currently in press, in early 2019. It will be entitled The Eternal Condiment: A History of Vinegar and will be published by Spikehorn Press.

One Comment on “The History of Blacks in Vinegar Making”