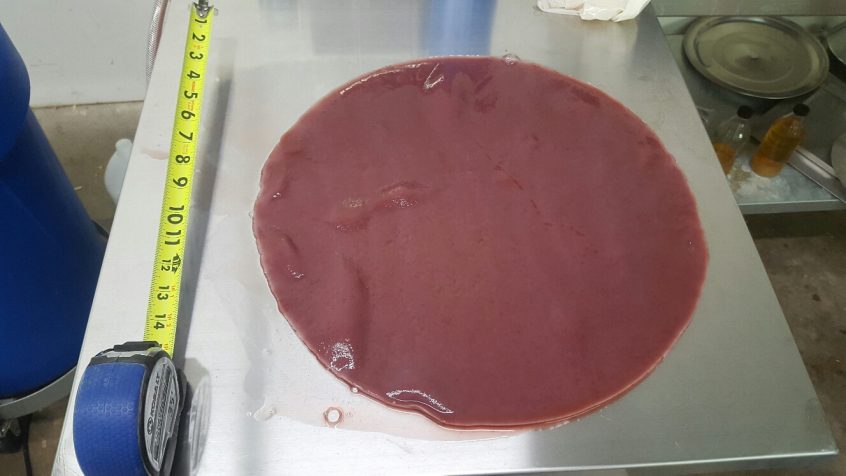 So you’ve made your first batch of homemade vinegar successfully. It smells good, tastes good, and whether you are using it now or aging it for extra flavor, you have a right to be proud of yourself.

Now after the first and subsequent batches, the layers of mother of vinegar may begin to pile up in the bottom of your jar/crock/vessel. You want to keep some for later. Maybe for a gift, maybe to start a new batch of a different type of vinegar. How do you store it?

But there is a lot of information in books and the Internet that is false. I have made hundreds of mothers and stored some so I have had enough successes and failures to teach you what works for real.

Do store your mother in a container completely immersed in vinegar. Glass or food safe HDPE plastic are best

Do store your mother in a closed, airtight container. Some people think the mother needs air to stay alive. That is not true. The mother only needs air for fermentation. In a closed container where fermentation is halted, it just goes dormant. You do not want air for a complex reason. Many species of vinegar bacteria can do a two act show. First they ferment alcohol to acetic acid to make vinegar. Second, once the alcohol is gone, they can ferment acetic acid to carbon dioxide and water. You do not want the latter to happen since it gradually reduces the acidity of your vinegar until mold and bacteria happily take over.

Store the mother in an airtight container, preferably sealed by a twist cap or airtight lid with an o-ring.

Don’t worry about the temperature. While the mother is fine at room temperature letting it be cold or hot is no big deal. As long as you don’t hit 140 degrees F (60 degrees C) it will be ok. Now, if it freezes you are rolling the dice since while many bacteria are stored in the cold by labs, they are freeze dried, not frozen in liquid. It won’t necessarily hurt it but I have seen mixed results of reviving it. So keep it liquid and not too hot and you will be fine.

Don’t let it “breathe” as stated above. Letting the air in could give you a foul smelling gunk in 6 months when all the acid is gone

Don’t store the mother unless it is fully submerged in vinegar. Even if you have to add some white distilled vinegar to make sure it is covered, this is ok. Mother exposed to air can dry out and develop mold

If you follow these rules, your mother can keep for YEARS. Maybe your grandkids in 2100 will still be using it!

210 Comments on “Long term storage of mother of vinegar”