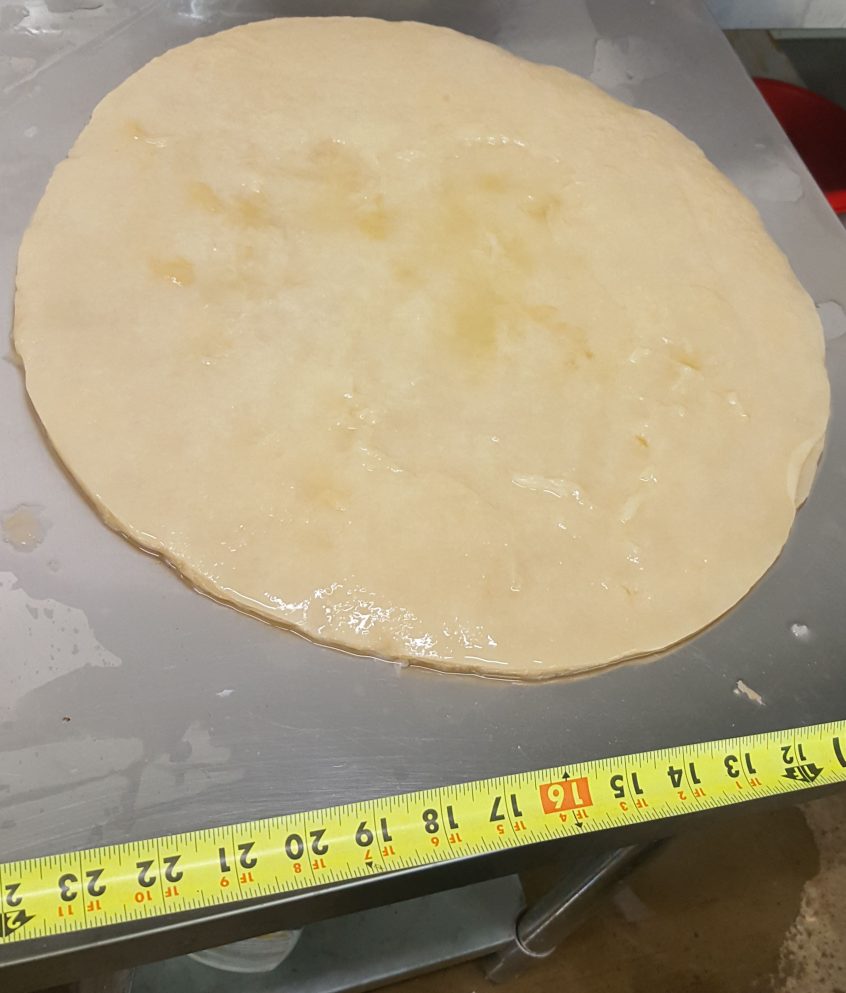 As a vinegar manufacturer, it is my job to be ‘hip’ on the trends and demand in the market for vinegar, not just in the USA but globally. One of the biggest trends to shake up the vinegar industry in the last 10-15 years is the popularity of raw and unfiltered vinegar, usually with copious amounts of mother of vinegar included in the bottle.

This reverses almost 100 years of practice starting in the late 19th century when pasteurization and filtering were the signs of the modernity and quality of a vinegar establishment. Vinegar is unique though. Its strong antimicrobial properties make pasteurization unnecessary to preserve freshness. Vinegar does not spoil in the traditional sense. Pasteurization is primarily to eliminate the acetic acid bacteria, which make vinegar, and prevent the mother from forming which past consumers found aesthetically unpleasant.

Filtration and pasteurization do also adjust the flavor profile so there is a trade off. Much the excitement about raw and unfiltered vinegar is the supposed additional health benefits. As a vinegar maker I am definitely happy to have any selling point possible and many customers contact me asking if a vinegar is “raw”. However, I also want to understand if there really are any benefits and if so, what they are.

Overall, there are indeed many health benefits to vinegar. This is not a New Age or food snob rant. It is backed up by scientific studies going back 30 years and recently wonderfully organized and catalogued in a new peer-reviewed journal article by Chen et. al. (see bottom of article). There are many benefits including antioxidant properties, blood glucose reduction and the moderation of lipds (cholesterol). Many of these benefits are provided by the actions of acetic acid and other organic acids in vinegar. Others, like antioxidant properties, are provided by compounds called polyphenols which vary depending on the type of vinegar and whether it is aged in wood barrels. One of the co-authors of the review paper is Paolo Giudici, arguably one of the top researchers on vinegar in the world and editor of the magnum opus of vinegar scientific and industrial knowledge, Vinegars of the World.

The mother of vinegar itself has been much less investigated. In fact there is only a sole paper focusing on its health properties and benefits which will be discussed later.

As stated in an earlier post, the mother of vinegar is what is technically called a biofilm. It is primarily made of cellulose, the same thing as grass and most plant structural material. For humans, cellulose is undigestible, though it is a great source of fiber for bowel health. The mother of vinegar cellulose has a different structure that gives it its gooey appearance. It is still cellulose though and may one day provide us with an alternate source for paper via transgenic acetic acid bacteria. The mother exchanges oxygen and water with the atmosphere and provides a nice environment for acetic acid bacteria to thrive. Though bacteria are the makers of vinegar, the genuses of acetic acid bacteria are all non-pathogenic*.

There are a few main ways the mother might be healthy. One, the increased concentration of bacteria may have a probiotic effect in the body. Two, the cellulose in the mother, though indigestible, may provide the same benefits as fiber intake. Three, there could be special compounds in the mother that have known health effects.

First, let’s look at probiotics. Many of the popular probiotic products are aimed at helping to replenish helpful gut bacteria that live in symbiosis with us and provide health benefits such as aiding in digestion and pushing out potentially harmful bacteria. The probiotic yogurts, kefir, etc. are legion. Do acetic acid bacteria play this role though?

Two studies on the communities of bacteria in the human gut (see the references of Gill and Qin at the end of the article) used metagenomic analysis, a method to analyze the organisms in a sample by DNA. Of the dozens of bacteria genuses they found, the acetic acid bacteria ones (Acetobacter, Gluconoacetobacter, Gluconobacter, and Komagateibacter) where absent in both studies. So this lack of evidence and the requirement for oxygen throw a bit of shade on the probiotic benefits of live vinegar bacteria for our intestinal tract.

The gut is not the only microbiome however in our bodies. Another hugely important one is the oral microbiome in our mouths. Here there is a huge database of bacteria known to exist at the Human Oral Microbiome Database (HOMD). Here again, none of the acetic acid bacteria genuses are present. Same with the skin microbiome (Grice et. al. below). In the oral cavity and skin, oxygen are not issues so if acetic acid bacteria are not present, perhaps they cannot survive there for long periods. Granted more research needs to be done and they can still pop up; many flying insects have been found to use acetic acid bacteria extensively in their microbiomes.

So until we no more, the probiotic effects of raw vinegar may be limited or nonexistent.

I honestly won’t write much about this since I am not fully familiar with the topic. However, given it is pure cellulose, the mother of vinegar should provide the same health benefits as, for example, celery sticks. The amount that you would need to ingest, however, is likely liters of vinegar to get the same effect making raw vinegar likely not the best way to stay regular

Other Compounds in the Mother

The only scientific study thus far done on the vinegar mother by itself is one by Aykin et. al. below. In it they measure and compare the presence of many types of minerals, phenolics, and antixoidants in samples of liquid vinegar versus samples of the mother. Their results are interesting.

The health properties of vinegar are real and increasingly validated through scientific studies. The additional benefits of the mother in raw vinegar, over and above the vinegar itself, are still under evaluation and discovery. However, some of the most widely discussed benefits, such as a gut probiotic, seem unlikely and unsupported by the evidence. It is a source of fiber, but a poor source relative to its concentration. The biggest benefit seems to be that the mother of vinegar concentrates powerful antioxidants like gallic acid in much higher concentrations than the surrounding vinegar. This seems to be the most proven benefit so far.

*There was one rare case of a pathogenic acetic acid bacteria infection though it has not seemed to be communicable and was found only in patients with compromised immune systems.

12 Comments on “Mother of Vinegar: Healthy and Probiotic? A Difficult Question Explored”