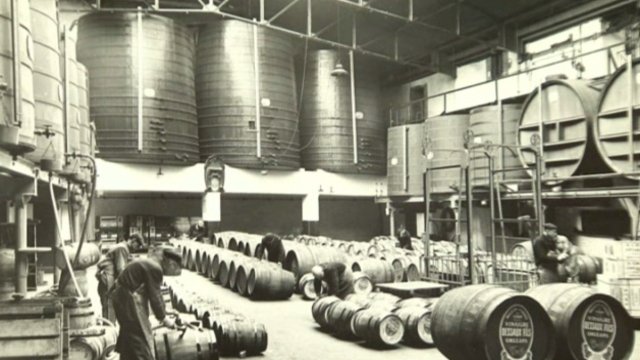 As vinegar’s industrialization spread globally in the early 20th century industry terminology became standardized. In particular, it was found that the sale of vinegar was confusing without a standard nomenclature for the strength of the vinegar. Percent acidity is the commonly known term for vinegar strength. Percent acidity is measured in grams of acetic acid per 100 mL of water (most of all vinegars by mass is water). In almost all countries the lower legal limit is 4%, standard 5%, with some wine vinegars up to 7% and concentrated vinegars available up to 20%!

In much of the vinegar industry though, a different terminology, grain, is used. In this terminology, 10 grain is 1% acidity so 50 grain is 5%, 100 grain is 10%, etc. The term grain came from an alternate measure of weight, the grain. By dissolving a base like sodium bicarbonate or sodium hydroxide in water, you could measure how many grains it took to neutralize vinegar of a specific strength and volume. In the most common formulation, it took 10 grains (presumably of sodium hydroxide) to neutralize 1% acetic acid and so the usage of grains for vinegar strength became interchangeable.

This definition, originating in the United States, is the most popular globally but some countries still adhere to other standards. In Canada, 10 grains are 0.6% acidity, not 1%, and in the UK, 10 grains are 2.5% vinegar.

For global statistics, however, production volumes are often quoted in 100 grain strength vinegar and annual production of vinegar plants is quoted in “grain gallons”. One million grain gallons of production can mean one million gallons of 100 grain vinegar or 2 million gallons of 50 grain vinegar depending on how it is produced and diluted. The amount of acetic acid is the same. The grain-gallon system allowed easy calculation and comparison of relative acidities and volumes which is why it was so popular in the industry.

11 Comments on “What does it mean to measure vinegar with ‘grains’?”