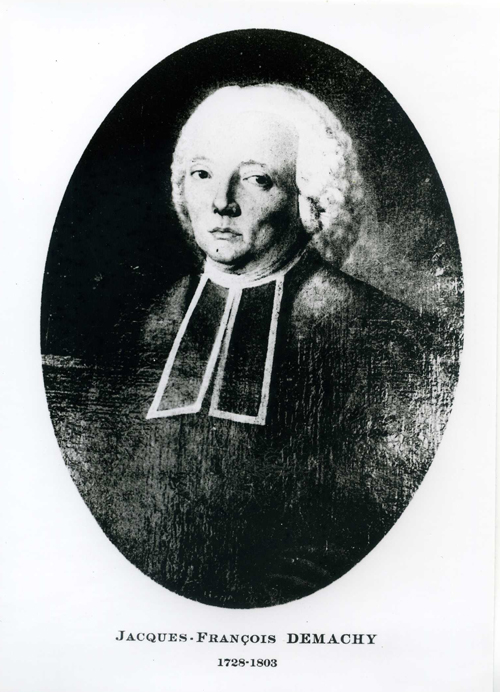 Likely the first technically inclined manual on vinegar production was Art du Vinaigrier or “Art of the Vinegar Maker”, written in French by the French chemist Jacques François Demachy in the year 1780. At the twilight of the ancien régime, Demachy wrote a comprehensive treatise on vinegar incorporating both common practice from various countries, including France, as well as the recent scientific knowledge gained by scientific researchers throughout Europe.

Besides practical and theoretical aspects of making vinegar, it also details some traditions and even one “very secret method.” The description of this method is one of the most colorful, and also shocking, discourses in the history of vinegar making. In Chapter II of Art du Vinagrier he details the secret method and from the outset vouches for the veracity of the story, including the credibility of the two witnesses he interviewed. He also claims to have reproduced the effect in his laboratory.

The story follows as thus: the two interviewees were French Naval officers. One had been in charge of food for the navy and the other had worked under him as a quartermaster and procurement officer. French ships by practice had always been required to carry large amounts of vinegar. While the germ theory of disease was still unknown, the cleansing effects of vinegar were well known and the ships were required to wash the deck, galley, and cabins twice a week with vinegar for cleanliness. In addition, vinegar was also given to the crew where it was observed to help prevent scurvy. Scurvy is actually caused by vitamin C deficiency but some fruit or wine vinegars have residual vitamin C that can help make up the deficit.

Therefore, the French Navy had a large need for vinegar*. At the outbreak of the Seven Year’s War in 1753, known in the United States as the French and Indian War, the French Navy obviously needed to provision itself for a long fight and vinegar demand sharply increased. What followed next Demachy claimed showed “greed had no bounds.” Like all wars, many war contractors desired contracts and not all were scrupulous.

Given the long fermentation time of weeks to months to make wine into vinegar many aspiring contractors sought means to shorten the process and cut corners. Allegedly, some suppliers asked their workers to relieve themselves by urinating into the wine. The exact reason is not given but it probably was to give a slight acidity to the wine to ‘pass’ it as vinegar to the navy.

In any case, what was found was that after workers urinated into the wine, within five to six days, the wine would completely ferment into the most delicious vinegar! This shortcut being found, the use of urine to speed the process supposedly became standard amongst some vinegar makers. Demachy even claimed to have tested it in his lab stating the urine to wine ratio should be roughly 20 grams of urine per liter of wine!

Throughout the entire history of vinegar making, especially in France, Demachy and his two “credible witnesses” are the only sources for this legend and practice. The secrecy of the Orléans process and vinegars such as the Four Thieves Vinegar generated many legends and rumors regarding the making of vinegar but often hyperbole won out over hard science. While this practice may have occurred amongst a select few vinegar makers during a certain period, it does not seem to have been an established practice!

*The famous British vinegar making family of the 18th to 20th centuries, the Beaufoys, seem to have gotten a similar start with a contract with the British Navy that ancestor Mark Beaufoy obtained in the early 1700s.