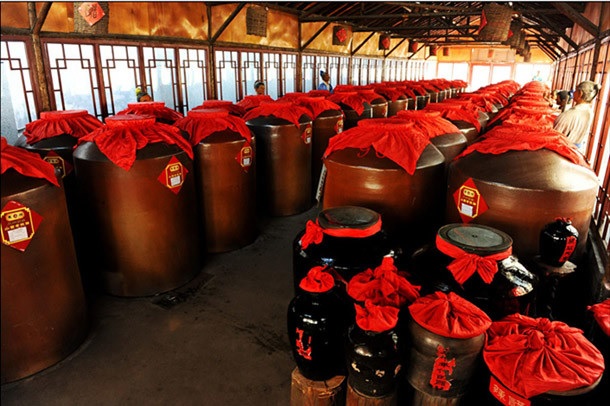 Part I on the history of Chinese vinegar

Part II on the fermentation process of Chinese vinegar

China has four famous vinegars that are renowned throughout the country and important for their respective regional cuisines. Here we discuss them. It is helpful to read part two (link above) to understand the process by which most Chinese vinegars are made.

Zhenjiang, or Chinkiang, Black Vinegar is the most well-known and recognized of the four vinegars globally. Many vinegars available in Chinese restaurants and grocery stores in the West are explicitly Zhenjiang Black Vinegar or a similar tasting imitation. Zhenjiang is a city in the eastern province of Jiangsu, nestled next to Shanghai. Zhenjiang Vinegar is reputedly over 1400 years old and has a huge reputation in China and its diaspora. Zhenjiang Vinegar’s primary ingredients are steamed rice along with wheat, barley, and pea. In addition, two types of Qu with different types of mold are used to add flavor and help with sacchrification. Finally, the vinegar’s flavor and color can be adjusted by adding water filtered through rice heated until black in color. The big brands include Hengshun and Gold Plum. 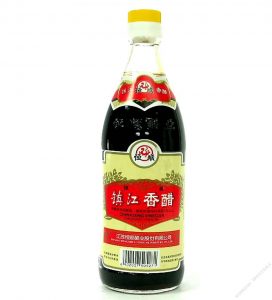 Shanxi Mature Aged Vinegar is from the east-central Chinese province of Shanxi. The capital of Shanxi, Taiyuan, is the same city mentioned in part one as having organized vinegar production for almost 2,500 years. Shanxi province was not far from the traditional Chinese capitals of Chang’An and Kaifeng giving it a close proximity to a high demand for quality, expensive vinegar.

Like the other three vinegars besides Zhenjiang Vinegar, Shanxi Vinegar is much less well-known outside of China and is typically not as readily available overseas. However, it is famous within China and is and an indispensable part of the cuisine and history of Shanxi. Legends state that in the Shanxi city of Jinzhong, when fathers looked for a suitable son-in-law, besides having financial means, he must have a vinegar urn of Shanxi Vinegar!

While vinegar has a long history in Shanxi province, the modern variety of the vinegar was developed in 1368 in a brewery called “Mei He Ju” in Qingxu county, Shanxi. The ingredients of Shanxi vinegar can be quite complex and contain sorghum, wheat, barley, bran, and pea. Shanxi vinegar does not use rice. Shanxi vinegar is fermented similar to Zhenjiang vinegar, however, the amount of Qu added can be large and up to almost 1/3 of the total mass. In addition, Shanxi vinegar is aged for at least a year with standard vinegar sold on the shelves being aged for three years. A premium brand aged 5 years is also available. 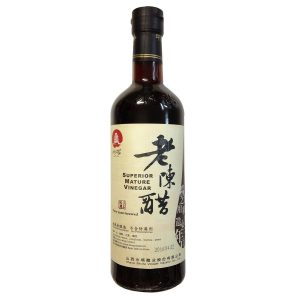 Sichuan is one of China’s westernmost provinces and contains the ancient and famous city of Chengdu. Famed for its agricultural prowess, Sichuan was the breadbasket that saved China’s forces from starvation and collapse during the fight against Japan before and during World War II. It was also the last stronghold of the Nationalist forces of Chiang Kai Shek before he departed and fled to Taiwan after losing the Revolution to Mao Zedong’s Communists.

Chengdu also played an important part in Ancient Chinese history. During the Three Kingdoms Period, one of the Kingdoms was the Kingdom of Shu and was the home of the wise and cunning Liu Bei, one of the protagonists in the classic Chinese novel Romance of the Three Kingdoms. It is also where the first paper money was circulated starting in the capital Chengdu in the 10th century.

Having such a unique history, it also is known for its unique culinary traditions including spicy food (often known in the West as Szechuan cuisine). Thus it is not surprising it also has its own vinegar, Sichuan Baoning Vinegar. Baoning Vinegar was created around the year 1618 as the Ming Dynasty was falling apart and coming to a close. During this time the innovation of Baoning was made by simplifying the base ingredients—wheat bran is the main cereal though others can be present in fractional quantities—but making the Qu much more complex.

The Qu for Baoning Vinegar contains dozens of types of traditional Chinese herbs which impart special flavor and reputed health properties to the finished vinegar. Like the others, it is also aged though usually for only 3 months to 1 year.

The final of the four, and the least likely to be found outside China, Fujian Yongchun Red Vinegar is named both from the town in the southern coastal Fujian province it is made but also due to its unique red color as opposed to the black color of the other three. The red color comes from red mold in the Qu which comes from the Monascus rather than Aspergillus genus of molds. Distinct from the other three, Yongchun Vinegar is a liquid state fermentation process, similar to those in the West, and also uses rice almost exclusively as its starch.

Once converted to alcohol, the mash is poured first into an urn one-half full of one year old vinegar. One year later, one-half of this urn is poured into another urn one-half full of two year old vinegar. This repeats once more so that the vinegar is aged at least three years by the time it is done. This process of using successive containers of aged vinegar to mature new vinegar is nearly identical to the Solera process for aging Sherry Vinegar in Spain. 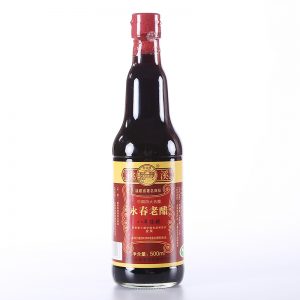