Like most things in China, vinegar has a long recorded history. The character for vinegar, 醋 or cù (pronounced ‘sooh’), is ubiquitous connoting both the condiment as well as a metaphor for a bitter life condition.

Chinese civilization first arose primarily along the Yellow River in what is now north central China. Like elsewhere, the development of agriculture and fermented beverages went hand in hand and as central governments arose, luxury food products proliferated to meet the demands of royal and aristocratic consumption.

The Zhou Dynasty, lasting from 1046 to 256 B.C., was one of the most dynamic, and violent, periods in Chinese history. Though Zhou is referred to as a dynasty, like the Shang Dynasty before it, it differs from many succeeding dynasties such as Qin, Han, and Ming in that there was not yet a unified China. Therefore the dynasty term does not connote a centralized government or ruling family over the entire country but rather a historical period.

While writing had been formalized in the previous Shang Dynasty, literary culture took hold and fully developed under Zhou. Many of the great thinkers in Chinese history such as Confucius, Mencius, Sun Tzu, and Lao Tzu lived during this era. It was a period of unprecedented development in culture, trade, and technology. It was also a time of great warfare and from the eighth century B.C. until its end in 256 B.C. China went from about 100 warring principalities to one centralized state under the first emperor Qin Shi Huang. 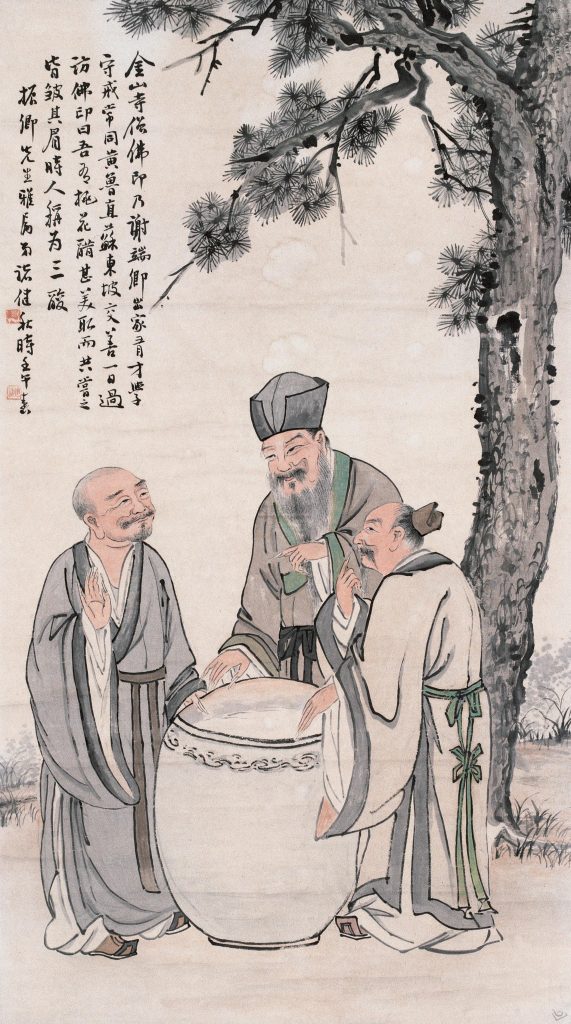 Such an outpouring of writing and culture included the development of vinegar. While the origin of vinegar is likely ancient, it is obscure and the subject of legends. A legend in Shanxi province, one of the most famous provinces for producing vinegar, states that a female deity, sometimes named Lin Ziyuan, who was a member of an ancient ethnic group that lived along the Fen River, first invented vinegar and taught it to the rest of humanity.

In the Spring and Autumn period from 770 B.C. to 476 B.C., the book The Rites of Zhou (Zhou Li 周礼) was written and described theories behind government, bureaucracy, and organization at all levels of the state. Besides military and political appointees, it gives a vital clue about the importance of vinegar. Vinegar had apparently grown to become more than just a casually made condiment as evidenced by the fact that the royal courts of many Chinese states had a special position for a person whose sole responsibility was the brewing of vinegar for royal consumption. This person was described in the section of the book on the ‘Offices of Heaven” and is known as the ‘Xi Ren‘ (醯人) or ‘Vinegar Maker’ based on the ancient Chinese character for vinegar 醯 (Xi).

Similar to in the West, the recognition of the medicinal benefits of vinegar was long known. In 1973, a medical text dating back to the Qin / Han Dynasties in the 3rd century B.C. was discovered by Chinese archaeologists. Known as Recipes for the 52 Ailments it describes treatments for many common conditions from snakebites to ulcers to venereal disease. Many of the ingredients are herbal ingredients that are still mainstays of Chinese medicine, but many treatments often include vinegar as the main or accompanying ingredient. Later, during the tumultuous, yet romanticized, Three Kingdoms Period (220 – 280 A.D.) following the collapse of the Han Dynasty, the famous doctor Hua Tuoceng used a mixture of garlic and vinegar to treat roundworm. Further Chinese medical texts such as the Recipes Worth a Thousand Gold (Qian Jin Fang 千金方) also extolled the benefits of vinegar for health and treatment.

The twenty-four most common types of vinegar as well as their basic manufacturing processes were later outlined in the ancient Chinese agricultural treatise, Essential Techniques for the Welfare of the People (Qimin Yaoshu; 齐民要术) written in the sixth century A.D. during the Eastern Wei Dynasty,. Similar to the earlier de Res Rustica by the Roman Columella, Qimin Yaoshu describes some agricultural processes and recipes in detail though it is much more comprehensive on the process side. Some vinegars had interesting titles such as “Spiritual Vinegar” or “Vinegar of the Thousand Year Bitterness”. The book gives instructions on both ingredients as well as the preparation, brewing, and aging processes. Qimin Yaoshu may also be the first book to guess at the biological origin of vinegar production due to its description of the mother of vinegar and admonitions against disturbing the mother since that will disrupt vinegar production. It helped set the stage for large scale vinegar production in the later Tang Dynasty where vinegar became more commonplace and available amongst the general populace. 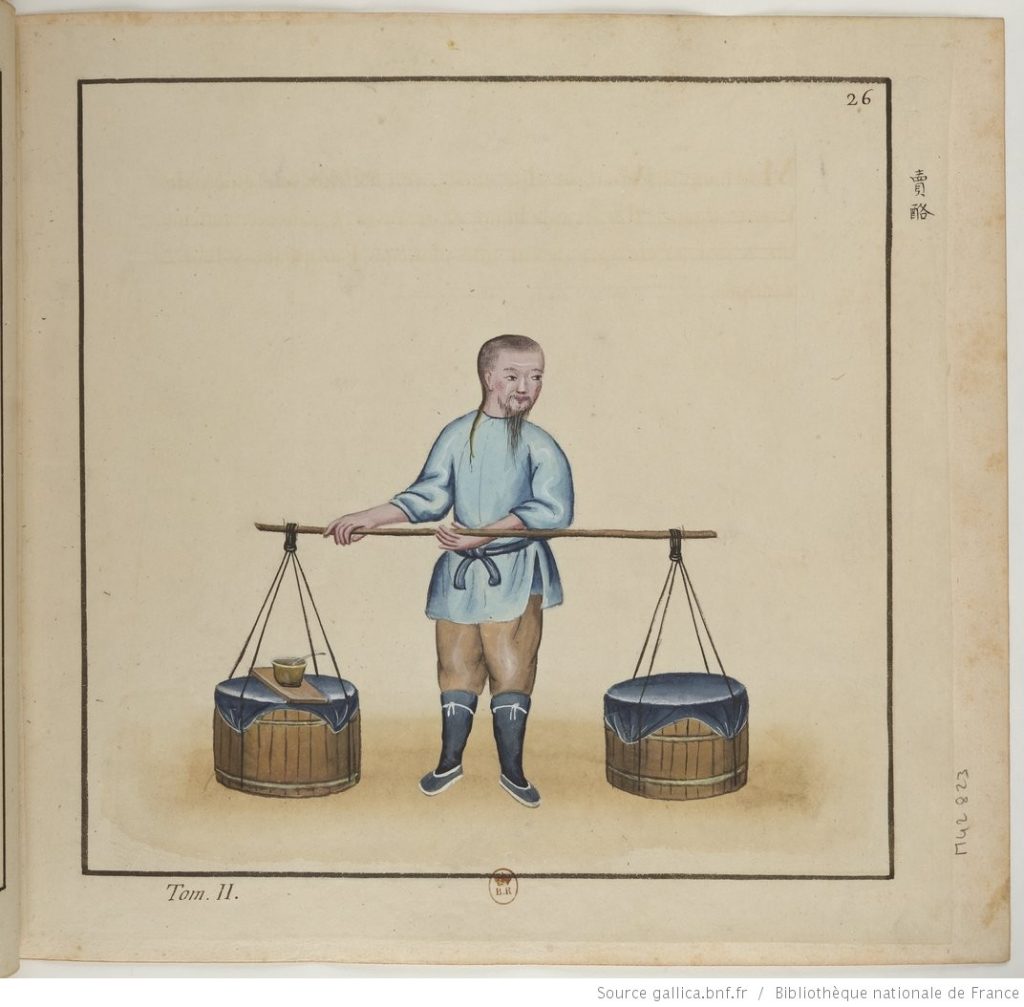 A French sketch of a vinegar peddler in 19th century Beijing

One Comment on “China’s Vinegar Culture: A History of Vinegar in Ancient China”